Be Ready to Be Cracked Open (Gwendolyn Hoeffel, rscj) 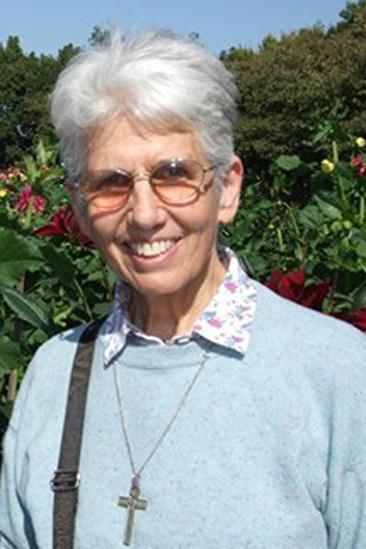 In 1964 as college graduation and the next step in my life approached, I made a weekend retreat to pray about what next. I wanted to enter but I knew in my gut that it was too soon. I was interested from an easy age in “missionary life” in another country. At that time there was a Sacred Heart Society lay missionary program. As I read the journal MITTE ME, I felt the answer was to apply to be sent struck to a country where our sisters has missionary work. This inspiration was confirmed by Sister Cavanagh who was in charge of my senior class. I applied, leaving the space for the preferred place blank and Mother Benziger replied that I was being sent to Japan. Sister Brigid Keogh was requesting teachers for the three International Schools in the Far East Province. As I had majored in Spanish, it was a shock but after a month of preparation at Barat College off I went.

After a few months in Tokyo working alongside the community another inspiration came to me. I could request to enter in Japan and begin my religious life on the missions. The noviceship included women from Japan, Korea, Taiwan, the Philippines and an Australian, so it was an international/cross cultural experience in many ways and conducted in English and Japanese. I would need to write a book about those two and a half years and the 40 plus years that followed. Vatican II was ending and the documents being published. We studied them and had talks about this aggiornamento. The spirit of Vatican II is still vital and needs revitalization. I would encourage people today to delve into these documents. America was/is? looked up to as a first world, developed country. We can feel privileged and entitled. In Japan, a rich, ancient culture I felt humbled. I had to be open to learn from another culture, from beautiful people in whom the Spirit already dwelt. We can have preconceived ideas about what “missionary” means. Be open to the movements of the Holy Spirit and be ready to change, to be “cracked open.”